If you are familiar with the material, I have seen a reference guide put together to get you up and running quickly. Below is the list of essential reading to understand the Lord of the Rings: Rings of Power story.

Please do note that the showrunners have rights to limited mater 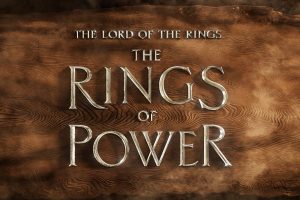 ial from the Tolkien Estate, and the histories (from The Lord of the Rings appendices) do not always tell a story. In order to tell a cohesive story, there are some original characters introduced, timeline compressions, and other adjustments made for the medium of television. In my opinion, I am glad I am living in an age where an attempt is made to bring the world to this medium to bring new people to the journey through the Middle-Earth.

The Lord of the Rings:

The Letters of J.R.R. Tolkien:

The History of Middle-Earth:

The Nature of Middle-earth:

There are few things as rewarding as losing yourself in a great book series. With its expansive worldbuilding and complex characters, Tolkien’s Lord of the Rings trilogy is one of those series. If you’re planning on binge-watching the television adaptation or are just looking for background material to expand your knowledge of the lore of the Middle-Earth, you can’t go wrong with the above list.

J.R.R. Tolkien’s The Fall of Númenor: And Other Tales from the Second Age of Middle-earth book by Brian Sibley & Alan Lee was released on November 15, 2022. You can get it from the link above.
In this book, editor Brian Sibley has assembled a single-volume chronicling the history of the Second Age of Middle-earth. It is told in the words of Tolkien from above mentioned as well as other published texts, includes new illustrations in watercolor and pencil by Alan Lee.
Brian Sibley has also added extensive footnotes and commentary throughout the book.
This is the one book to rule them for the Second Age History of Middle-Earth.