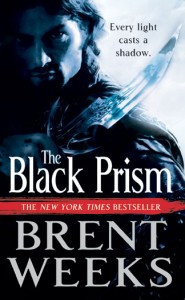 A good vs. evil story with an elaborate magic system, set on the background of intriguing political & religious landscape with enough twists and turns to keep you occupied. What else could a fantasy fan want?

Brent Weeks brings the first book of his Lightbringer trilogy “into the light” – The Black Prism. He brought it a while back, I just read it.

Gavin Guile is the Prism, the most powerful man in the world. He is high priest and emperor at Chromeria, a man whose power, wit, and charm are all that preserves a tenuous peace. But Prisms never last, and Guile knows exactly how long he has left to live: Five years to achieve five impossible goals. It’s been 16 years since the Prism Wars and Gavin Guile who single handedly turned the tide of the war has kept peace with his diplomacy and wits over the seven satrapies.

Things change when the Tyrean head, Garadul, decide to break free from Chromeria, and declare himself the king. In order to make an example and show his power, he burns down the whole city of Rekton within Tyrea (his own kingdom). A 15 year old kid, Kip, is the sole witness to burning of Rekton, who loses all his friends and his mother (who was the only family he knew). Circumstances bring Gavin to Rekton and he meets Kip, whom he saves from Garadul. He also uncovers Garadul’s plot to become the king. And things start rolling from there.

The story works at more ways than one. First there is the elaborate magic system. Personally it took me a while to get the feel for it, but once you understand the magic, it is easy. The magic system is based on the light. Light as energy has seven colors. Each color has a characteristic and particular behavior, and of course light of that color is needed in order to use it. The magicians, called drafters, are known as red, green, blue drafter based on what color they can use in drafting. In the nutshell, it is materializing the light (energy) into physical objects (matter). The Prism (of course) can draft all seven colors (and few others beyond the visible spectrum). If you are intrigued, Check out Brent Weeks site (link below) for candle example he gives.

Another level this story works is the political and religious landscape. Before the Prism Wars, there were many gods (called pagan gods in the book), and the war changed everything. Now there is only one – Orholam. The White and the Prism are the religious heads of the land. Further, they, along with representatives from seven satrapies form the political setup of the land. The great city of Chromeria, is where this seat of power resides. Gavin Guile is considered as the best Prism Chromeria. Garadul on the other hand wants to get out of what he feels as the Chromerian-oppression.

This story has lot of twists and turns and not just here and there. The book reads very smooth considering the complexity of the plot. It flows so well that the reader does not realize how complex the story has gotten. My stomach was twisting as Weeks kept throwing luxen after luxen right till the very end. Last hundred pages had me biting my nails and I was shouting “Come on, don’t throw that in there now, the book is ending”.

The book ends satisfactorily and also keeps few (may be many) threads untied; but satisfactory ending all the same. It is a trilogy (as we know now), so many of the threads had to be left untied.

Now, on Brent’s writing. It has matured from the Night Angel trilogy. His style has improved vastly (for my taste) and is very engaging. He uses simpler language, unlike many high fantasy stories will use (there are pros and cons for both); but it works in this novel.

If you are planning to buy the book, then I would recommend the paperback, as it has couple of introductory chapters from the next book in the series The Blinding Knife. I have both hardcover and paperback versions.
It is also the right time to read this, as you may not have to wait too long for the sequel (it is scheduled for later this year).

For audiobook fans, the book has two options – single narrator version read by Cristofer Jean and audio drama from Graphic Audio. I have Cristofer Jean’s version which is well read from Audible.com. The Graphic Audio version is now available as a complete set (I want to get that box set). Both are great depending upon your taste.

In conclusion, this quick page turner is a must read. As always beg, borrow, or buy this book.

Click Here to visit Audible.com page for The Black Prism. 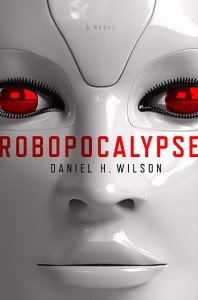 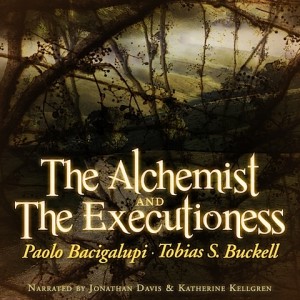 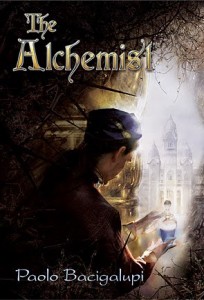 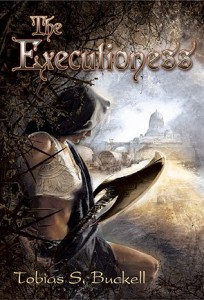