Being brought up in the northern part of India, brings back fondest memories of Patang-Baazi (Kite Flying Competitions) and Rau-di-Kheer (Sugarcan Rice Pudding) to mind during early parts of January – along with the great festival of Lohri.

Punjabis, irrespective of their religion, continue to practice their Punjabi Folk Religion. Respect to the seasons and the natural elements of fire, wind, water and the earth is very important. Among such rituals, is Lohri – a festival celebrated on January 13. It is dedicated to the end of the Winter season in northern part of India. The day is also believed to mark the end of the winter solstice month, arrival of spring, and beginning of the Spring Harvest season.

The atmosphere is electrifying during the festival. The celebrations involve the friendly kite flying competition in northern India, during the day. During dusk, the families gather around the bonfires, and sing folk songs eating tiny sugar balls coated with sesame seed (gur di rewari), peanuts (moongfali), and pop corn. These are also offered to the fire, as an offering for a prosperous harvest season ahead.

In houses that have recently had a marriage or childbirth, Lohri celebrations will reach a higher pitch of excitement. Punjabis usually have private Lohri celebrations, in their houses. Lohri rituals are performed, with the accompaniment of special Lohri songs. Singing and dancing form an intrinsic part of the celebrations. People wear their brightest clothes and come to dance the bhangra and gidda to the beat of the dhol. Punjabi songs are sung, and everybody rejoices. Lohri is a great occasion that holds great importance for farmers as this is the beginning of the harvest season for the winter crops. People residing in urban areas also celebrate Lohri, as this festival provides the opportunity to interact with family and friends.

Among the dying rituals is the visit from the kids from the street, who go door to door singing the Lohri song that tells the adventures of the Abdullah Bhatti (Dulla Bhatti) – Robinhood of Punjab, who led the rebellion against Mughal Empire during the reign of Akbar.

Food is another integral part of the festival. Sarson da saag (mustard green) and makki di roti (flat corn bread) is usually served as the main course at a Lohri dinner. Some of the men wait in long lines at the local sugarcane juicing machines to get the fresh sugarcane juice, which the women use to make a rice pudding (kheer). On January 14, the next day, this rice pudding (generally served with yogurt) for breakfast and lunch to indicate sweet beginning of the new year, and spring season.

PS. Some references were used from Wikipedia. 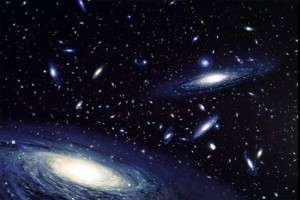